Google have published some statistics about the rate of IPv6 adoption. They have a better view into traffic and adoption rates than most and so their statistics are generally considered to be the most accurate, but I've always found their graph a little puzzling. Some days it's around 9% and others it's about 7%. 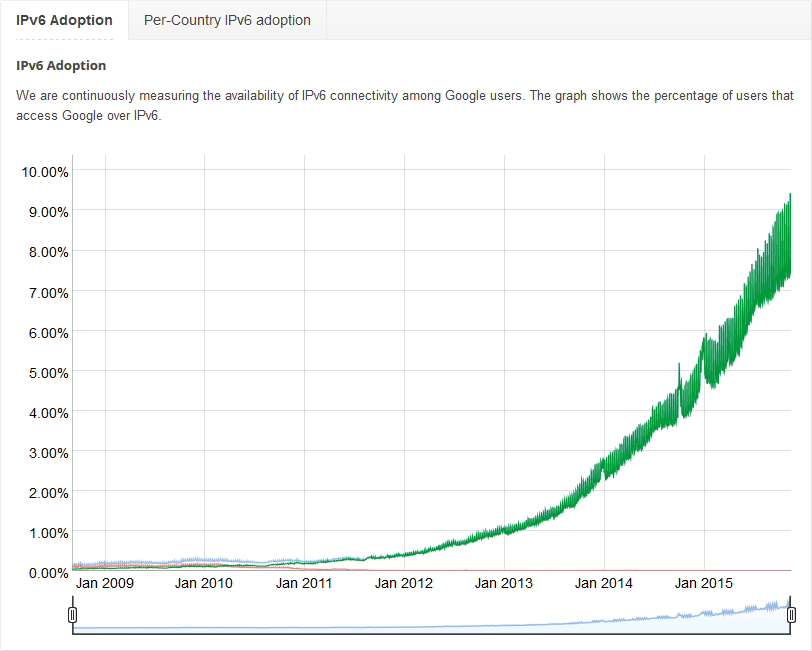 It's clearly going up but for something that seems like it should be a fairly smooth graph1 it seems to have a huge amount of fluctuation.

I couldn't work out why there was such variation until I started to zoom in and view the data over a few weeks rather than years. 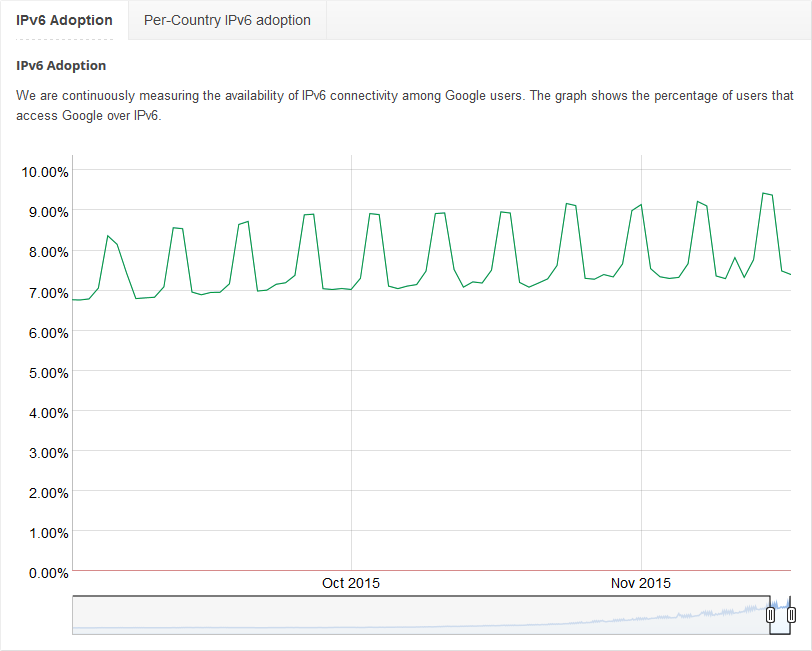 When you zoom in a bit more you can see that there is a spike in IPv6 traffic over the weekend and then it drops off on weekdays. I have a theory that when people visit Google on weekdays most of them are at work. Many people are on an "enterprise" network. This means that changes move slowly, usually need a cost benefit analysis to change anything and changes need to be signed off by different folk.

While on the weekends they are on their home network or mobile phones and probably just get IPv6 as soon as their ISP rolls it out. 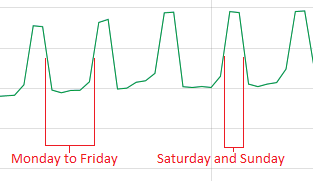 It seems reasonable to assume that IPv6 rollout is much more progressed for home users than it is for business.

Interestingly this is not the only place you can see these patterns. Wikipedia also shares some interesting statistics about which ciphers are being used in TLS connections by people browsing Wikipedia. 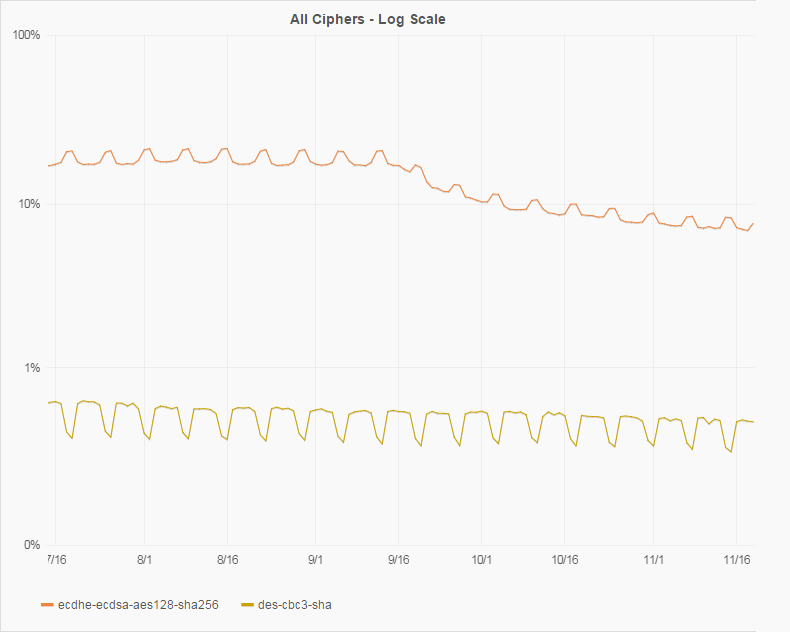 On this graph, I've only shown two ciphers because I believe these two show the clearest example2. You can easily see a spike in the modern high-quality ciphers like AES on the weekends and a drop on weekdays. While low-quality ciphers like Triple DES are the reverse, with spikes Monday to Friday and then a drop off over the weekend. Again my theory is that it's because when people are at work they are using the work "Standard Operating Environment" which probably still includes IE8 as the only browser because "that's what works with the intranet". While at home, people use their browser of choice usually something more modern like Firefox or Chrome.

I suppose that saying "new technologies tend to be adopted by consumers before they are adopted by enterprise" isn't some revolutionary new insight. But it is interesting to see how clear and far-reaching the effects of that are, even down to changing how much a particular cipher is used on Wikipedia depending on if it's a Tuesday or a Sunday.